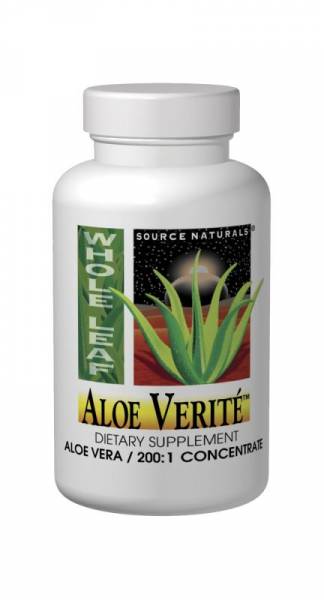 Source Naturals Aloe Verit tablets are made from freshly extracted aloe vera juice. The aloe plant, also known as Aloe vera or Aloe barbadensis, has been revered for thousands of years. Hieroglyphics show that the ancient Egyptians used aloe. In more recent times, aloe has played an important role in the folk herbal traditions of India, China and Mexico. Aloe is probably one of the most commonly used herbs, as many people keep a plant on the kitchen windowsill for occasional topical use. In vitro studies have shown that aloe reduces the production of several chemical mediators that contribute to body discomfort, such as bradykinin, histamine, thromboxane B2 and prostaglandin F2 alpha.