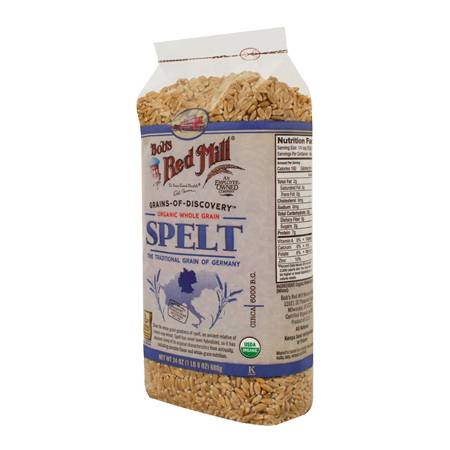 Savor the whole grain goodness of spelt, an ancient relative of durum wheat that originated in the Near East over 8,000 years ago. This heirloom grain later spread throughout Europe, becoming especially popular in Germany, where it was farmed throughout the Middle Ages.

Spelt has never been hybridized, so it has retained many of its original characteristics from antiquity, including complex flavor and whole-grain nutrition. Spelt is unusual because it can be more easily digested than other forms of wheat and many people with wheat intolerances have been able to tolerate spelt. Spelt is not gluten free, however. High in fiber and a good source of iron and manganese, our organic spelt is incredibly nutritious.